Anybody UK
Governance and Setting Up a New Group

Anybody UK was set up to raise awareness around issues of body image. Initially they approached VAC for help to becoming a charity. 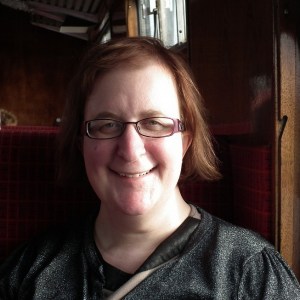 Amy Anderson from Anybody UK talks about the support they received from VAC on governance and setting up the group.

VAC’s advice was really thorough. They listened to what the issues were and went through the pros and cons about all the options we had. When the development worker came to our meeting she had quite a lot of questions and she was just really knowledgeable… I’m just very impressed with VAC and I definitely recommend it to people in a similar position. They went above and beyond as far as I was concerned.

Q: How did you start working with VAC?

Our organisation has been set up about eight years. It’s been a limited company in the past and we have been an NGO. I’ve been with them for four years and the idea of becoming a charity has come up regularly, but we were always put off A) by the bureaucracy involved and B) because we felt that it wouldn’t meet our needs. So it was the kind of idea that was often mentioned and often discarded. It became more pressing after we secured £50K from ROSA (a charitable fund set up to support initiatives that benefit women and girls in the UK) and they wanted assurances around our governance for that. That project spurred us on to think more broadly about funding in the longer term. So we decided to look into becoming a charity again.

I had no idea where to start. I contacted VAC and they took me through some options. Their development worker kindly came to one of our meetings. Her advice was invaluable because it made us realise that one of the options for us was to become a charitable incorporated organisation. We’re a very small group, there’s only eight of us, three or four of whom are freelance, so through this funding we got from ROSA, we were delivering workshops in schools and we wanted to be able to pay our group members for delivering that work which we could do as a CIO.

VAC helped me with developing the constitution. It’s been quite a long process for me. I work full time so I’ve had to fit all this around my job. VAC looked over the application before I submitted it so there were some things there that were picked up on for me. And the end result was we got charitable status the first time running, so it’s been brilliant.

Q: What’s the idea behind Anybody UK?

Our set up is a bit complicated – we’ve got two names. We’re registered in the UK as Anybody UK, which is the UK chapter of a global initiative called ‘Endangered Bodies’, but we’re also known as ‘Endangered Bodies UK’. We raise awareness around issues of body image. Primarily we’re looking at girls and women, but we’re hoping to extend the issue to boys and men because it’s a problem facing them. So we tackle industries that contribute to this culture of body hatred. So for example the fashion industry, the pharmaceutical industry, the diet industry. We also lobby government to make chEndangered bodiesanges around those industries. We deliver workshops with girls in schools with our Shape Your Culture programme, this is what the ROSA funding is for, and we also have public events. We work also with the all parliamentary group AGGP , which is to do with body confidence. And we work with government as well to try to work with these industries for positive changes. We also want people to realise that it’s not a trivial issue and that when people have body image problems it also affects many other areas in their life. So, for example, something like 16% of young women wouldn’t go for a job interview if they were feeling rubbish about the way they looked. So it has an effect on relationships it has an effect on jobs, it affects if you go to the doctor because every time you go to the doctor you get weighed and that might put you off. So it’s looking at health and well-being from a body image point of view.

Q: What was the nature of the advice you were getting from VAC with regard to governance?

I just remember it as being really thorough. They listened to what the issues were and went through the pros and cons about all the options we had. When the development worker came to our meeting she had quite a lot of questions and she was just really knowledgeable and anything she didn’t have an answer to she got to me, she went off and investigated. So basically I don’t think we would have got there without her. I don’t think we would have been successful. It just seems like such a daunting process. So without having someone there to support us I don’t think it would have happened. Or we would have had to get some kind of external paid consultancy help or something in order to get it done. Because it feels quite intimidating doing it all on your own.

Q: And the result being that this week you received charitable status?

Yes they were happy with our application first time round there’s just a couple of tweaks we have to make but yeah, very pleased! I’m just very impressed with VAC and I definitely recommend it to people in a similar position. They went above and beyond as far as I was concerned.

Read our guide to Governance