The Terrence Higgins Trust is one of the UK’s largest sexual health charities. They provide support to young people on a range of issues. More recently they sought to place young people out into their communities to be the eyes and ears on the ground for their project through peer mentoring. 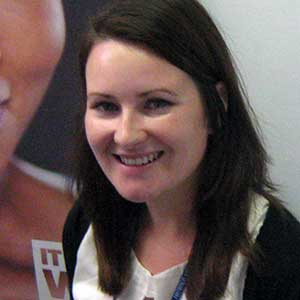 Shani Williamson talks about how VAC’s Peer Mentoring course helped get their peer mentoring project off the ground.

Q. Where did you initially start working with VAC?

I’ve been in contact with VAC about getting the word out about my project. It’s London-wide but because we’re based in Camden I thought we would start by linking in with the local organisations because they’re on the ground and know about other projects as well. So when I heard about VAC offering a coaching and mentoring training course I thought that would be perfect because a big element of what we’re doing is peer mentoring. And from that I’ve been emailing VAC about possibly holding workshops at VAC and to do something about peer mentoring and counselling and trying to get people on board.

VAC mentioned that they had been doing some work with Terrance Higgins Trust in the past around sexual health in the Somalia community which was very innovative. So when I heard that I thought, great they’ve already got experience with Terrance Higgins. So they will promote our project through VAC networks.

Q. Can you describe your project?

It’s not just about sexual health, even though that is what we’re known for. So a young person can come and get face-to-face or online counselling from anywhere in London about anything: school, parents, family, anything at all. And we’ve got a website where they can get information about all those topics as well. All completely confidential. As well as getting that support the project also has this peer mentoring element to it as well. So instead of asking questions of us the young people will be going out into their communities being the eyes and ears on the ground for our project. So because we’re doing more than sexual health any support service can feed into it.

The way we found about VAC was reading the emails from the previous project. Because we’re all new here and three years ago this project had signed up to VAC as members and was accessing their services so that’s why we decided to re-establish that link between the Terrance Higgins Trust and VAC. I also saw it as a great way of advertising the role as well. I saw that there was a different way of putting the roles up through the newsletter that VAC does.

Q. How did the VAC Peer Mentoring training affect the work you’re doing?

Before I did that course I didn’t really have a good idea about what I wanted the peer mentors to do. I knew that peer mentoring was peer to peer support, that’s what I had in my head, but I didn’t have a tangible idea of what I wanted them to do. This project ran for three years in the past but the funding ran out so it’s essentially a new initiative and we’re starting from scratch. So I wasn’t sure what exactly I was asking the young person to do as part of this project.

So the VAC training gave me very specific ideas about what I could ask the young person to do.

The previous role description we were using was six pages. It was more of a contract. We’re trying to recruit 14 to 21 years olds. They’re not going to read six pages. Out of that training I’ve drafted a one page document that young people will be more receptive to. I’ve now been very clear about what I want them to do. It’s just given me more confidence to sell it. Because I know what I want them to do now. So I can support them with that now. If someone asked me the difference between coaching and peer mentoring I could tell them now.

We’re actually developing a workshop on peer mentoring and going out and with that in schools. Instead of just giving out information we can now say, Look this is what peer mentoring is and you can actually go out and do it in your schools and youth clubs. So the VAC training has taken this idea that was floating around in my head and made it real and something we can sell.

Q. What have you got in mind for the future in terms of VAC?

What I would like is if people could recommend certain projects that could link into mine. For example I got to chatting to woman on the VAC course who runs a group for young Somali women and we exchanged details so that her group can access the website and get information they may not be able to easily access. Where there’s a cultural issue and they can’t talk openly about sex, there’s a confidential space they can use.

So it’s about making those links. If VAC can link in with all the groups they’re sharing information with in Camden, we can be part of the referral process in place there. In terms of drugs and alcohol, we’re not addiction councillors so it would be good to know what else is out there for us as well.

Q. What effect will the training you’ve done at VAC and plan to do have on the work that you do?

It can only enrich the work because there is this bank of experience and knowledge that I’m unaware of because I’m so new to this area. So that’s already there and I can tap into it. There’s this massive network that I’m now a small part of and that’s really helpful, that there’s this central organisation that’s specific to Camden that I can link in with. And we’re based in Camden anyway so it’s going to be really useful. The only way to tap into the local communities is to do it through the local communities rather than a mass, blanket advertising campaign.

See how we help organisations to develop