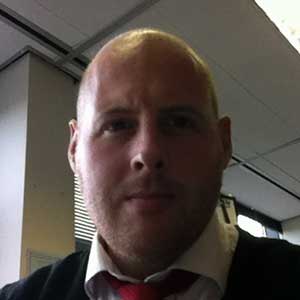 We talked to the Commissioning Group’s William Roberts about VAC’s role in coordinating the sector.

There’s an element of honest brokering in using VAC. If we approach individuals and individual organisations there’s an issue of why them why not us? VAC’s role is clearly to pull the voluntary sector into one body. So it would be silly not to work with VAC.

Q. What have you been doing with VAC as part of the Health Inequalities Engagement?

VAC have a long history of working in Camden. Before we were a statutory organisation, we were a shadow organisation for about 20 months. During that time VAC had a range of contracts with us. We added some around the health inequalities hub.

Simone sits on our board and what she and I have been doing together is to look at how we can more effectively engage with using VAC as a conduit to all the networks they’ve got, and about how we can engage and work with the voluntary sector – one as group of providers, and one as a group of advocates. One of the things the voluntary sector has that statutory agencies don’t have is that as well as being providers of care they are also advocates. So they advocate for all the communities that they represent.

So someone who can broker those relationships where you can get the soft intelligence, but also managing the complexities of delivering to those people is quite a delicate balance.

So what we’ve been doing with the Health Inequalities Engagement is to build from the bottom up intelligence of Camden’s populations and what they’re needs are. So as part of that we’ve been using VAC as a kind of middle man. Otherwise we’d be spending all our time with hundreds of different groups – because we’re talking about thousands of different people. So it’s a kind of brokerage.

There’s also a challenge for us about how we co-produce. Rather than us doing it or them doing it or us telling them how to do it. There’s something about the co-production piece that we haven’t quite worked through. That’s an issue of what are the next steps about what needs to be done together.

Q. You’ve been involved together as part of the Health Advocates project?

With Health Advocacy 22 people have been trained up by VAC and what we’ve got so far is exactly what we asked for, it does what it says on the tin. But the next stage is what goes on underneath. What are we using these 22 people for, who are they, and who are they working with?

Part of what we need to do with VAC is build those kinds of relationships. Like on the BME groups, how many have we targeted? Who is being represented? Is it new or is it linking in to existing? Is it telling us anything different or telling us what we already knew? We as a commissioning organisation haven’t spelled out exactly want we want from VAC yet so it’s still a bit of a journey for us as well.

Q. Why work with VAC?

Partly convenience and partly what they represent, which is an umbrella body. The fact that they can link in and represent a wider community is useful. There’s an element of honest brokering in using them. If we approach individuals and individual organisations there’s an issue of why them why not us? VAC’s role is clearly to pull the voluntary sector into one body. So it would be silly not to work with VAC.

Camden’s got a reputation of doing more community development than most boroughs and VAC was part of that. There’s something about Camden. It’s an independent republic more so than other boroughs.

We wanted to understand what the needs of these populations and hear the voices of seldom heard populations and we wanted to reach out to communities instead of telling communities what to do or running consultations. So to some extent we’re not able to do that because what we are a statutory organisations and we’re not trusted to do that on the whole. So the reason we work with VAC is that it would have an impact.

So the interesting question is if we didn’t have VAC what would we do?

In the case of VAC it’s a question of relevance. What’s their role, what are they good at? I see them as an umbrella organisation, a facilitator and a broker but they might see themselves differently. For me VAC acts as an umbrella and that’s potentially useful because you can bring in a lot of people under one banner.