Since 2013 VAC has administered the Camden Council Festival Fund. The fund is to sustain and develop Camden’s rich culture, its strong communities and dynamic partnerships by supporting quality, creative events, projects and activities. 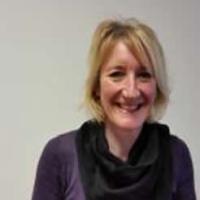 Anna Wright, local resident and festival organiser for the Lady Somerset Road street festival talks to VAC about why community festivals are so important at bringing communities together.

The really significant support is that, with the grant which makes you an official Camden Community Festival, you get the street closure work done as part of that. So you don’t have to pay for it. And that is really the expensive bit. That’s the bit that’s really important to us.

Q. How long have you been involved in the Lady Somerset Road street festival?

I think it was the fourteenth one this year and I’ve been doing it for twelve years. The admin of it has gone through various incarnations. The festivals budget has been under threat of cuts for many years. The key thing for all the festival organisers has been that the grants pot that we all apply to provides a fairly small amount of money, and depending on the size of your festival, has a ceiling to it. I think it is a maximum for us of £500 and has been for years. But in fact the really significant support is that with the grant, which makes you an official Camden Community Festival, you get the street closure work done as part of that. So you don’t have to pay for it. And that is really the expensive bit. That’s the bit that’s really important to us. We also generate income ourselves on the donations we get for food on the day but we couldn’t possibly hold the event if we had to pay for the street closure.

Q. Tell us a bit about the festival and what goes on….

The model of our street party, Lady Somerset Road street festival, is that we don’t have any commercial stalls. Other street parties tend to have a variety of stalls selling food and other stuff. Ours is based on the model of sharing a community meal. That’s how it started. In the early days it wasn’t much more than that. The street was closed, a table was set up in the middle of the street and everyone was encouraged to make some food and come, donate the food and sit and eat together. Through doing that, everyone got to know each other.

What happens now is we have the start of the lunch and that is very much for people who live locally. And then it expands because people hear the music and come in from all around. In the afternoon there are bands and magicians, street performers, a guy comes with his snakes, different things like that. A new thing that we have in recent years is a dog show which is just hilarious. That really brings in the crowds. There’s an open mic session where anybody can get up and perform. A lot of the younger people do that. We always try and include local bands and music. And we always have one big band that we all dance to at the end of the day that we pay for. If there are local contacts then we try and keep it local but sometimes that’s not possible. But we definitely engage local people in arts and music. And in the evening when it starts to get dark we have our local film festival. Local people have made films about local issues plus other films that the co-ordinator puts on. We usually finish with a Laurel and Hardy.

Q. How would you say a festival likes yours fosters community cohesion?

Our festival is a very small event and open to everybody. Its main participants and beneficiaries are from the five streets around the site, which includes the Ingestre Estate and residents of Highgate Road, Burghley Road and Fortess Road. It is quite a confined and very diverse community. There’s a mix of social housing, housing associations and private housing, which has become increasingly valuable in the last decade and there are two schools within that space as well. It’s a very mixed community.

I would say the one area we really stand out is community cohesion. I can genuinely say that through these street parties people in those streets get to know each other, we know the community police, we know people that we wouldn’t otherwise know. There is a genuine sense of community within that patch, which – as someone who has lived in London all my life – I have never known anywhere else. I run the evaluation each year – I hand out the questionnaires’ and get people to fill them in and the thing that comes over again and again is that I met someone I’ve never met before, I chatted to someone I didn’t know. I think that’s incredibly valuable in London, I really do. And that I can absolutely put down to the street party. It’s been really constructive.

Q. Does the event offer volunteering opportunities for local residents?

Yes, certainly, there are loads of opportunities for volunteers. We’re very active in trying to get more and different people involved. It’s only one event once a year so there are not ongoing opportunities for volunteering or development. But from the point when we hear that we’ve got the go ahead each year, which is usually in April, we start very actively reaching out and trying to get people to contribute ideas and offers of help. So it really does include a lot of people doing something.

Q. What about how well the event is managed in terms of safety?

I think we score pretty high on that. It’s a fairly modest event. We’re not dealing with huge amounts of equipment or space that needs to be managed and kept safe. But we do have a fairly rigorous risk assessment which we revise each year. It’s very well managed. We’ve been doing it for fourteen years; we know how to do it. We’ve never had a bad incident as a result of poor management or poor health and safety. Another factor is because we don’t have any commercial involvement we don’t face any difficulties around contracting and that sort of thing.

Q. What has been your experience with VAC with regard to the application process and administration?

Having been involved with the event right through it’s different phases of administrative process, I think it’s been a very happy transition to VAC. As a community festival organiser I haven’t been aware of any glitches. I think it’s become much more straightforward and become more user friendly. So that has been a welcome development.

In terms of the end result it hasn’t made a great deal of difference. Some of the core community resources we used to get have been cut, not as result of it moving to VAC, but due to budget cuts. There used to be a shared festivals equipment fund that we could draw on to source sound equipment and stuff like that but that disappeared. There was shared staging at one point. But that hasn’t been possible recently because there just hasn’t been enough funding resources. But to the extent that it’s been in VAC’s control they’ve made it easier for ordinary local people to manage and make things happen.

Q. How would you describe the festival’s impact?

I’m a real advocate for the community festival model. The actual impact can be harder to describe as impact can be subtle or quite difficult to capture or really pin down. But in terms of building resilience in communities and building those connections and putting people in touch with each other and making people in a diverse community work together on a project, community festivals are hugely effective and powerful.

Read our guide on street parties and festivals