Peer Support groups offer a safe and confidential space for people in the community to connect with others from the same cultural backgrounds with similar experiences. Here we recount the story of one support group’s regular attendee, and how the support group helped her move forward with her situation.

She felt relieved to have spoken about her predicament and the group was a positive place to be in – ‘provided security and a sense of belonging.’ .

A woman, a regular attendee, took the opportunity to tell us something that had been upsetting her for more than year. There had been a complete breakdown in her relationship with her brothers/sister and parents. The last time they saw each other at a close relation’s wedding, it ended up in a huge row.

She had tried to positively engage with the rest of her family but now, ‘ she no longer has the willpower to do so.’

Though she accepts that her husband may be the reason, their child is the centre of her world and she ‘will not compromise on her marriage.’

Mediation? No one in the family could do it properly or impartially.  Outside people? The other side wouldn’t agree and it had probably gone too far.  Back home, family elders would have intervened.

The group made her believe she wasn’t to blame for the situation; did not judge her; allowed her time and space to talk openly. They made her feel that there was a lot more in her life than she thought. They also advised her she should never lose hope and that she should always look for opportunities to engage with the family.

She felt relieved to have spoken about her predicament and the group was a positive place to be in – ‘provided security and a sense of belonging.’ Opening up was emotionally very challenging but provided an important release for her emotions and a useful support network.

find out more about our PEER SUPPORT PROJECT 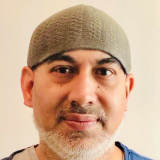 If you’d like to know more about Peer Support or our Cultural Advocacy Project, please get in touch with Zubair Matin at zmatin@vac.org.uk